Parity Watch: Plummeting pound may have further to fall

Last week was a roller coaster for the UK - with the Bank of England’s interest rate decision on Thursday, and the release of the mini-Budget by Chancellor Kwarteng on Friday. In the wake of both, we have witnessed one of the largest moves in sterling markets in history.

First, the BoE’s interest rate decision on Thursday delivered another 50bps hike. However, the decision itself was more dovish than expected given money markets were pricing closer to 67bps increase and with a split vote where one MPC member supported just a 25bps hike.

Having said that, the big movements came after Liz Truss’ government delivered the most radical package of tax cuts for the UK since Margaret Thatcher was in power in 1988. Chancellor Kwarteng announced that his government will scrap the 45% additional rate of income tax, cut the basic rate of income from 20% to 19%, and freeze the corporation tax at 19%.

With the British economy already in stagflation, these measures were intended to boost growth and confidence of market participants. Unfortunately, the outcome has been the opposite, as markets are concerned that the package is unaffordable and question the long-term sustainability of it (likely to cost an extra £36bn next year).

As a result, we witnessed a meltdown across UK assets classes on Friday, with sterling sharply selling off (declining by 3.6% during the day) and posting its third worst daily performance since Black Wednesday in 1992, behind the Brexit vote in 2016 (-8.1%) and the Covid shock in 2020 (-3.7%). GBPUSD reached $1.035 early on Monday morning, which is the lowest level since the 80’s, and some forecasters are predicting for the pair to reach parity. 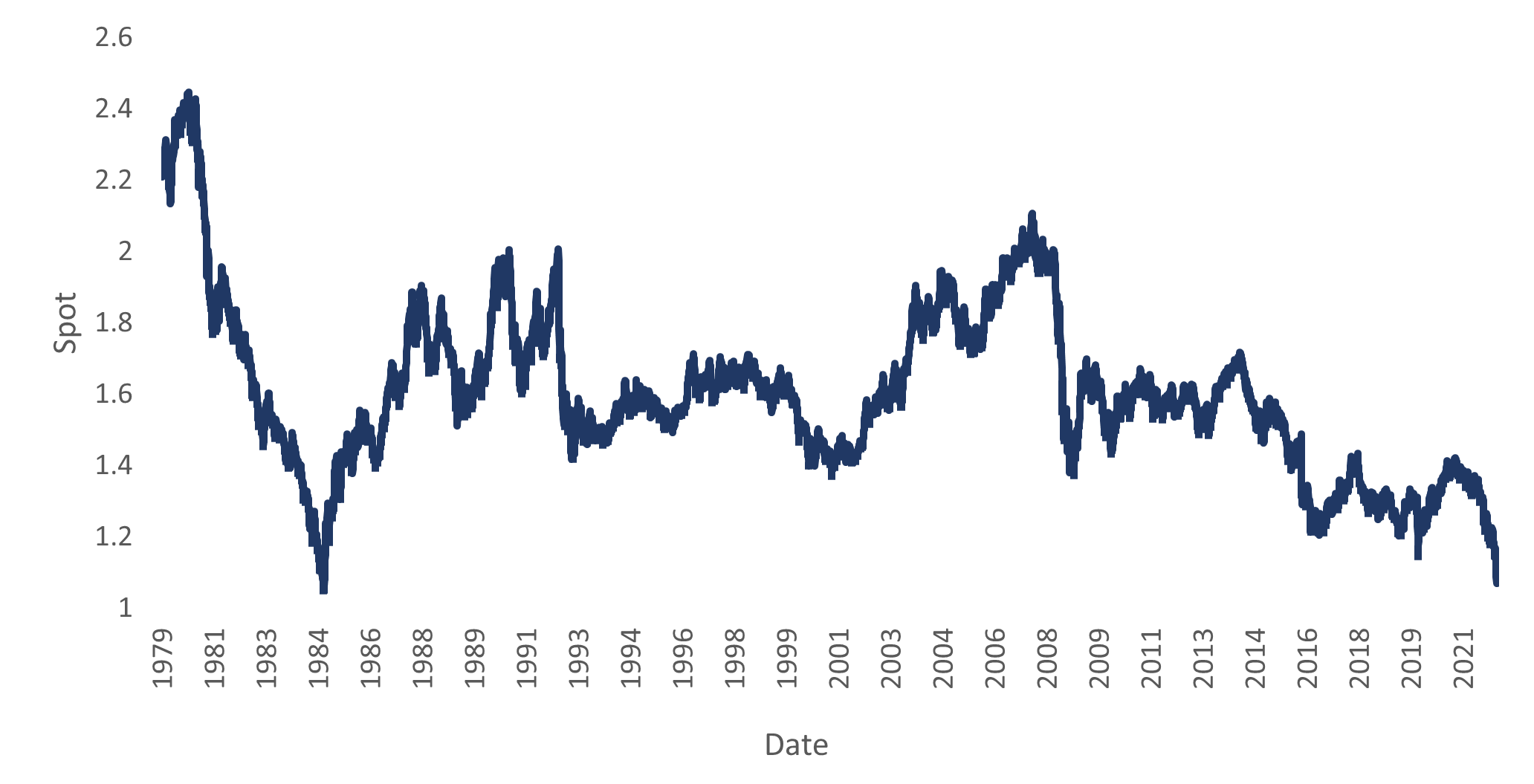 Moreover, gilt yields had their largest one-day increase in decades – the 2yrs, 5yrs and 10yrs yields rising 44.7bps, 50.3bps and 33.3bps. For the 5yrs tenor, this was the largest move since 1985 after a +200bps hike was implemented, aimed at helping a plunging currency. The collapse in gilts comes less than a week after the BoE announced during its last meeting that they will start actively selling gilts back into the market, with the first sale scheduled for next week, and with a £40bn target over the following 12 months.

This is putting the central bank in an uncomfortable position, with some Conservative lawmakers also calling for Governor Bailey and the MPC to have an inter-meeting hike before the November meeting when a 100bps hike is already priced in by money markets (currently +144bps). However, the BoE released a statement on Monday afternoon saying that they are “very closely” monitoring developments in financial markets, and they pledged to do what’s needed to get control of soaring inflation but removing the possibility of an inter-meeting hike before November.

Chart 2: 144bps Hike Priced In For Next BoE's Meeting 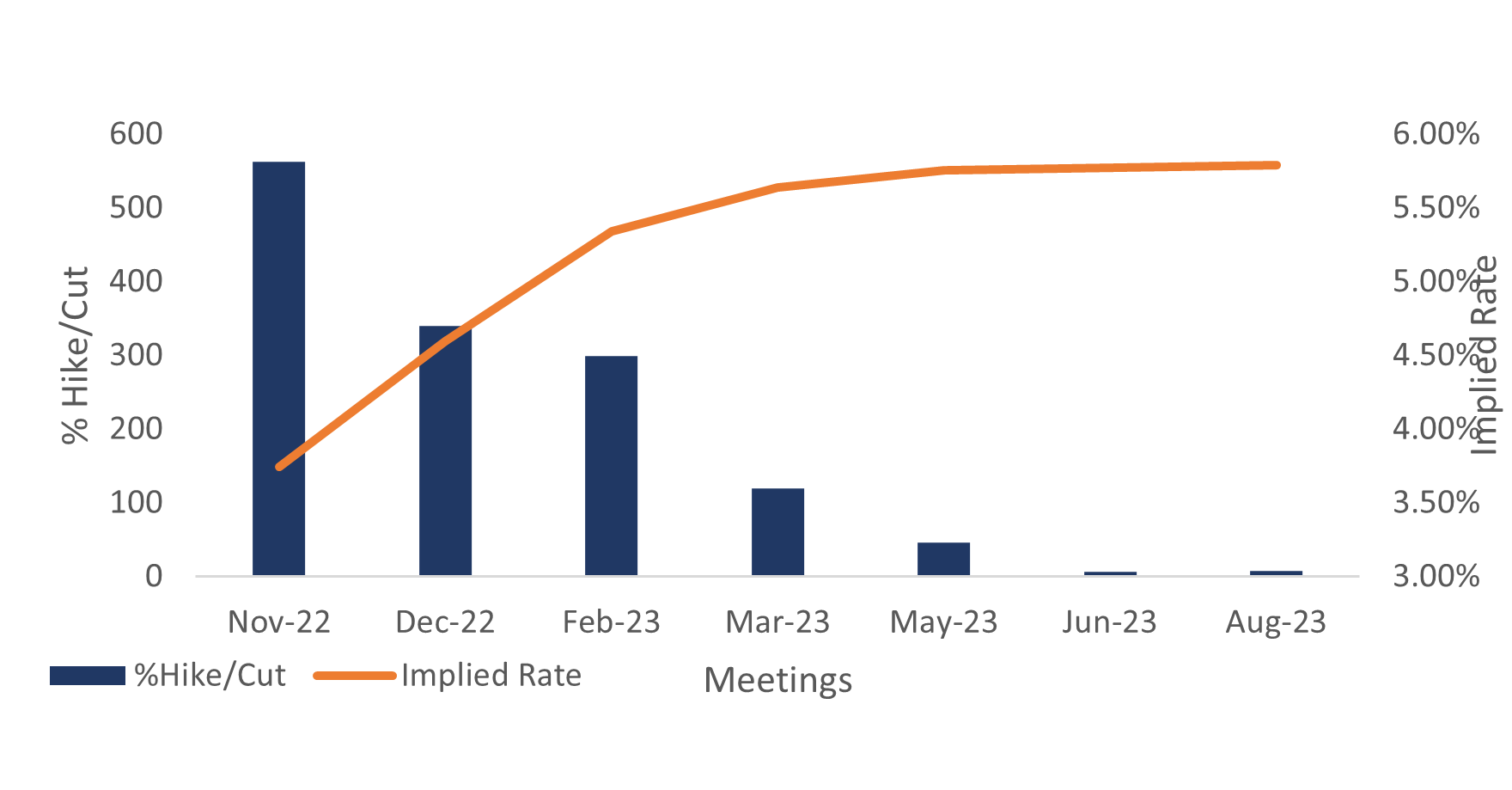 At the time of writing this paper (Tuesday morning), sterling is recovering some of its losses and testing $1.09. Levels that look quite poor considering that just in August, cable was trading comfortably above the $1.20 level, and above $1.37 back in January.

Given markets volatility and the uncertainty around the prospect of the British economy, we remain watchful on future downside movements for sterling – there is a high probability that GBPUSD could test new lows, and even reach parity in the weeks ahead. In such scenario, it would be difficult for the BoE to continue sitting on their hands a not take any actions before the next meeting on the 3rd of November given the scrutiny from the public on its actions.

Overall, for Sterling denominated funds hedging USD assets, it is even more important to monitor lower movements on the pair to ensure they still have capacity on their CSA lines if their negative MtM continues increasing.

On the other hand, current market conditions are offering a great opportunity for those funds with USD exposures to increase their hedging ratios given historical low spot levels, and the more beneficial interest rate differentials for forward contracts from 1-year to 5-years. 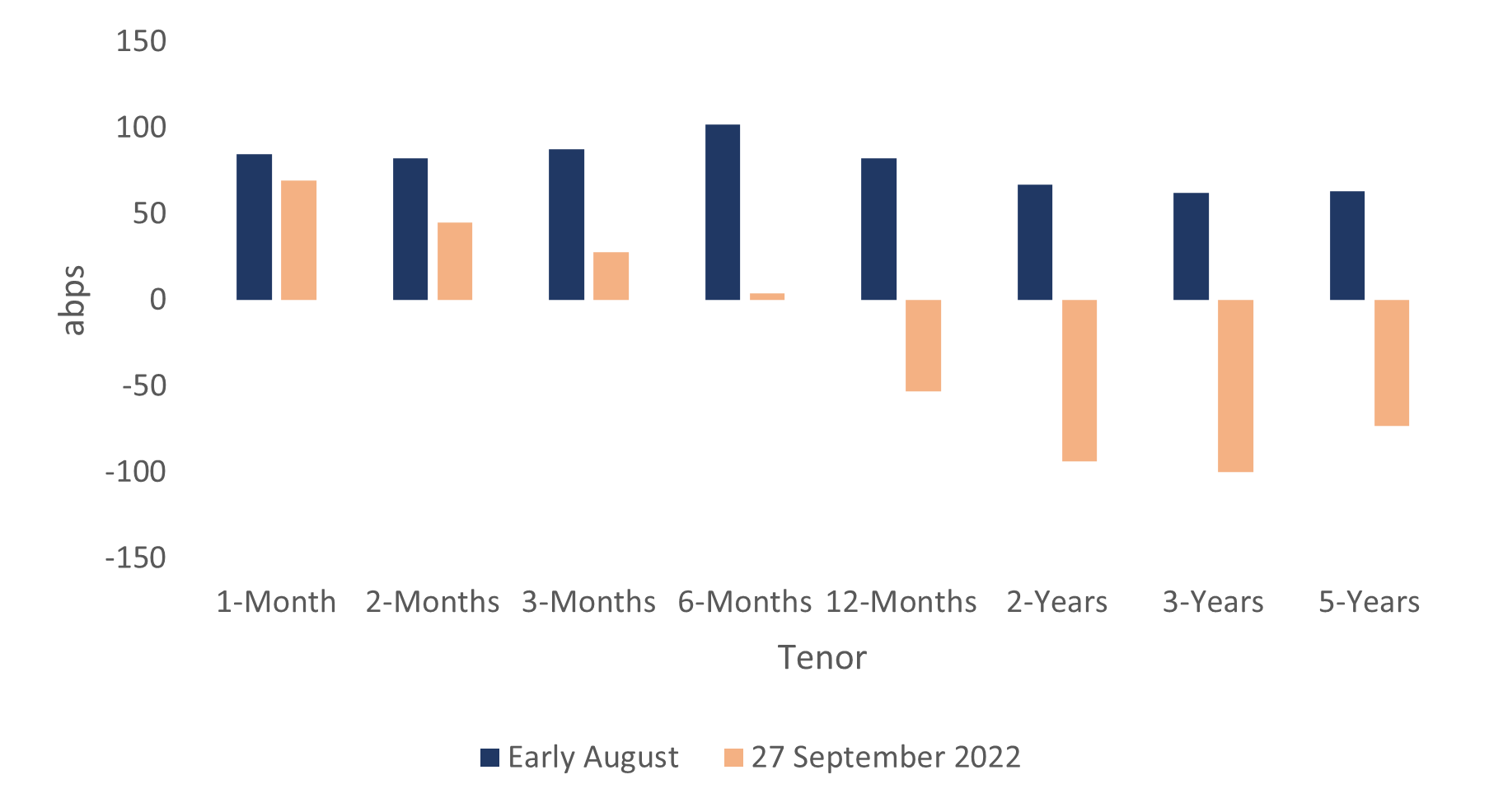